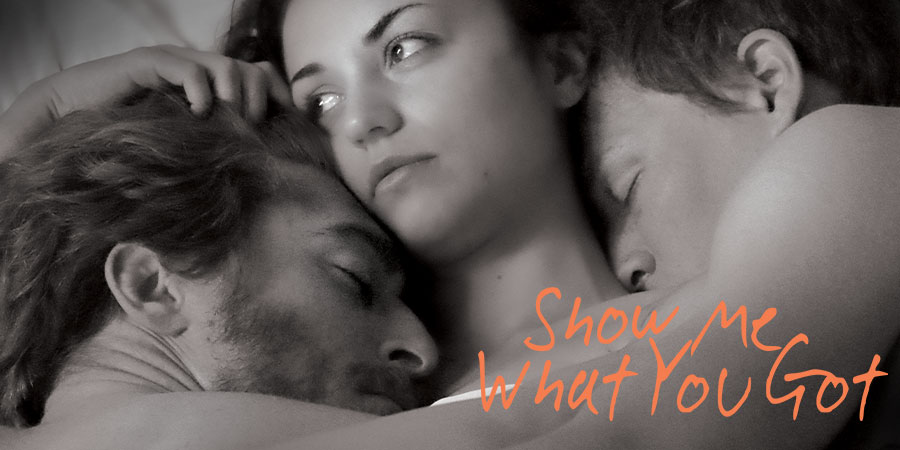 TBA Studios is releasing the seductive adult drama “Show Me What You Got” on July 30 and it will be available on all major streaming platforms in the country.

Helmed by Svetlana Cvetko, “Show Me What You Got” revolves around the intriguing romance between three attractive, free-spirited twentysomethings in Los Angeles— a grieving coffee shop waitress Christine (Cristina Rambaldi), a struggling actor and semi-professional fighter Nassim (Neyssan Falahi), and Marcello (Mattia Minasi), a man living in the shadow of his father, an Italian soap opera star.

The three form a wholehearted ménage à trois, finding joy together by joining political protests, making art, and falling deeper into their unconventional love, until one must return to Italy.  Their experience there threatens the delicate balance of their relationship.

“Show Me What You Got” holds an admirable 80% Fresh rating across all critical reviews on Rotten Tomatoes.  AIPT reviewer Nathaniel Muir said it is “a beautiful-looking movie that is reminiscent of the French New Wave.”

“Known for her luscious and exquisite cinematography, Cvetko presents a captivating and well-acted story with great style for a film about contemporary love and life awakening, which includes LA anti-establishment undertones and unfocused careers,” Film Threat’s Sabina Dana Plasse wrote.

When does intimacy become love? And is the romance between three souls as valid and pure as other kinds of relationships? Find out on “Show Me What You Got”, streaming on Upstream, KTX, iWantTFC, and Ticket2Me, starting July 30.