Sinepanghalina completes another successful season of “Direk to the Point” 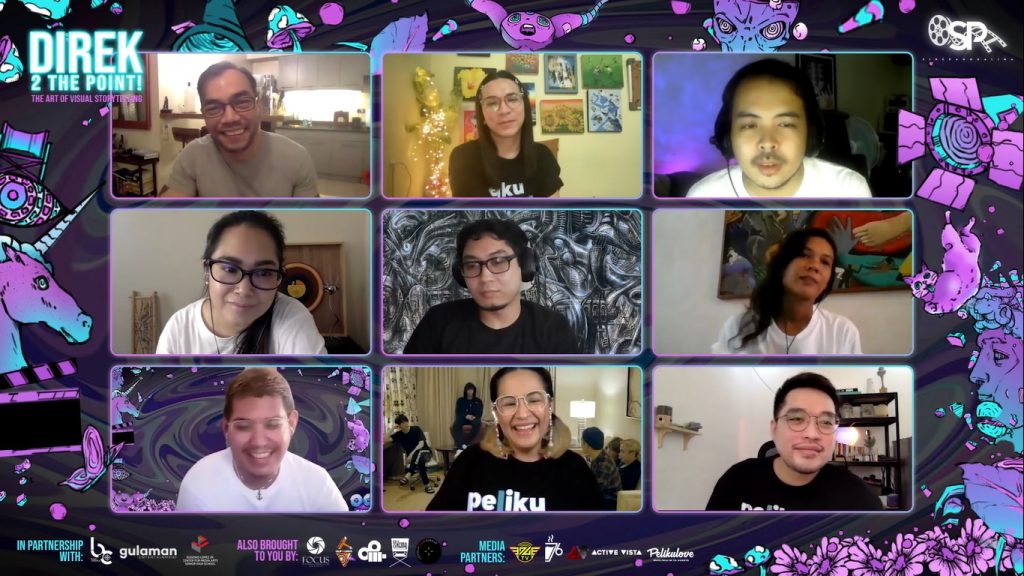 Sinepanghalina, a quality filmmaking, and horror content production has successfully wrapped the second season of their virtual event “Direk to the Point: The Art of Visual Storytelling”  that was held last October 23rd .

Their two-and-a-half-hour live event, which was aired on their Facebook page, was indeed a huge success for the team by pulling together eight different film directors in a virtual roundtable discussion to confer about cinematic storytelling, and gathered nearly 500 live viewers. The event effectively brought again together people from all walks of life, including students, enthusiasts, aspiring filmmakers, and, of course, experts in the film industry. The discussion went well as directors took part answering questions about the topic, which was facilitated by Ron Rayton of the Cine Files podcast. Direk Paolo Villaluna, Direk Pam Miras, Direk Mikhail Red, Direk Ida Anita Del Mundo, Direk Rod Singh, Direk Carlo Catu, Direk Dwein Baltazar, and Direk Victor Villanueva were among the guest directors who shared their stories and insights from the film industry. Some event participants also had the chance to ask questions to them and engage with the  filmmakers regarding the filmmaking process and some advices. Direk Paolo Villaluna had quoted, “Directors should always look at the big picture para at the end of the day tama ba ang desisyon o emotional arc ng character base don sa gusto mong ikwento. Of course, there are change sometimes on the set, sometimes we have a brilliant actor will just suddenly change the whole story and then we’ll also make some adjustments as long as it leads don sa point of your story.” when he asked about how he manage the emotional authenticity throughout the story of the film. When the discussion led to how they address societal and political issue using their crafts, he stated that in filmmaking, filmmaker and storytellers can’t separate the politics no matter what film genre it is and even most of the people don’t make films they are part of advocacies in the community that he thinks that it also good to point it out to aspiring filmmakers that personal advocacy actually really matters. “It’s important for building an audience, for appreciation genre for students and even filmmakers you can always learn something even from a bad film. You can also reflect as a filmmaker…atleast naha-highlight yung strengths and you learn a lot from that and sa next project mo you get to challenge yourself explore something else try something else or parang improve upon things na hindi mo napansin before, pero you have to take that risk.” said Direk Mikhail Red when asked how does criticism is important in the field of filmmaking. When asked about the country’s rampant misogyny, Direk Ida Anita Del Mundo said that many women filmmakers in the Philippines produce more documentaries than narrative films, and they have the strength of character to use the platform to produce documentaries that have something to say and reach a large audience, which she believes is the most important aspect of filmmaking.

They also launched their first merchandise, which is now available for pre-order. Check out their PELIKULABYU SHIRTS, PELIKULISM NOTEPAD, and STICKER PACKS!