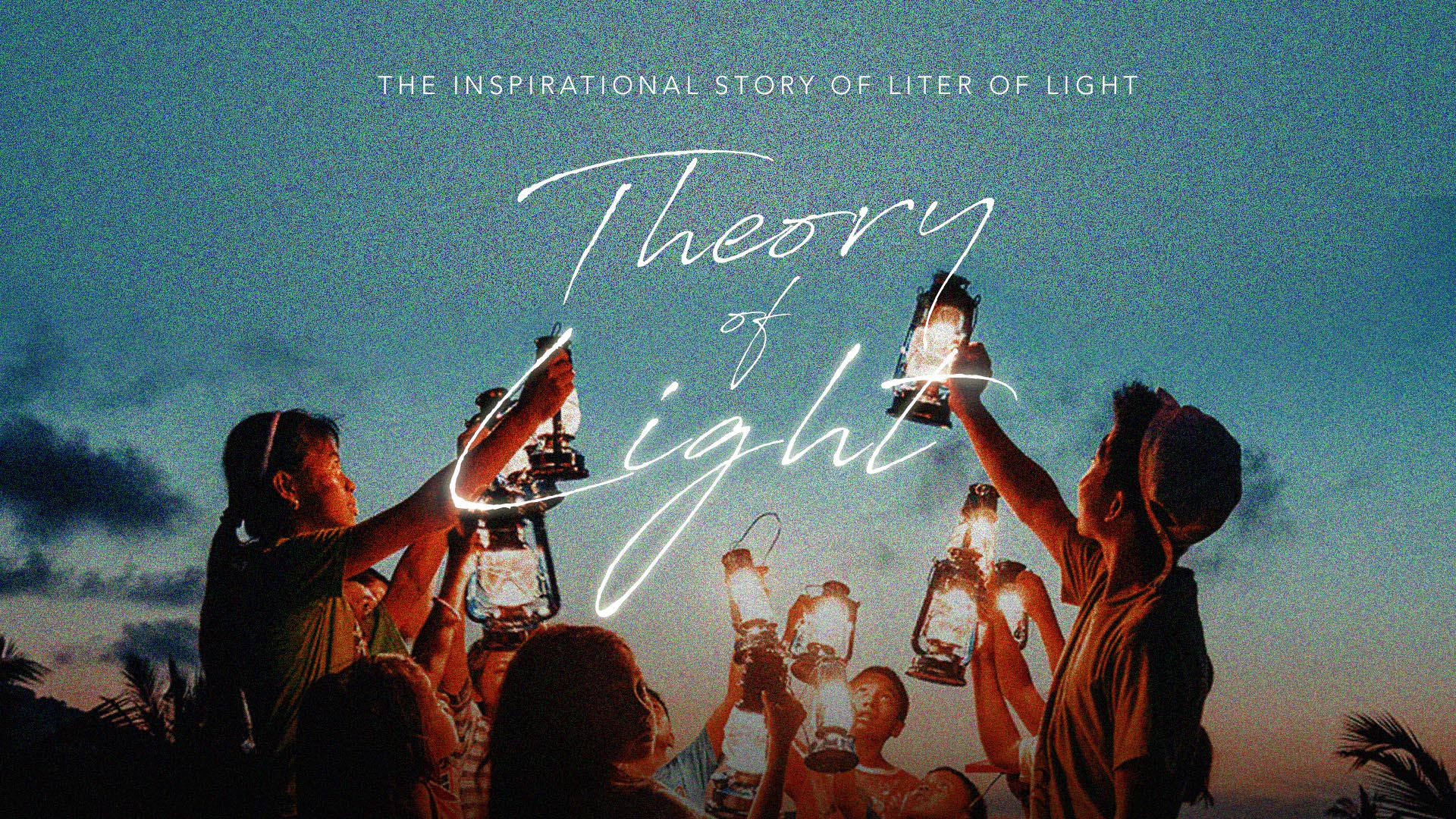 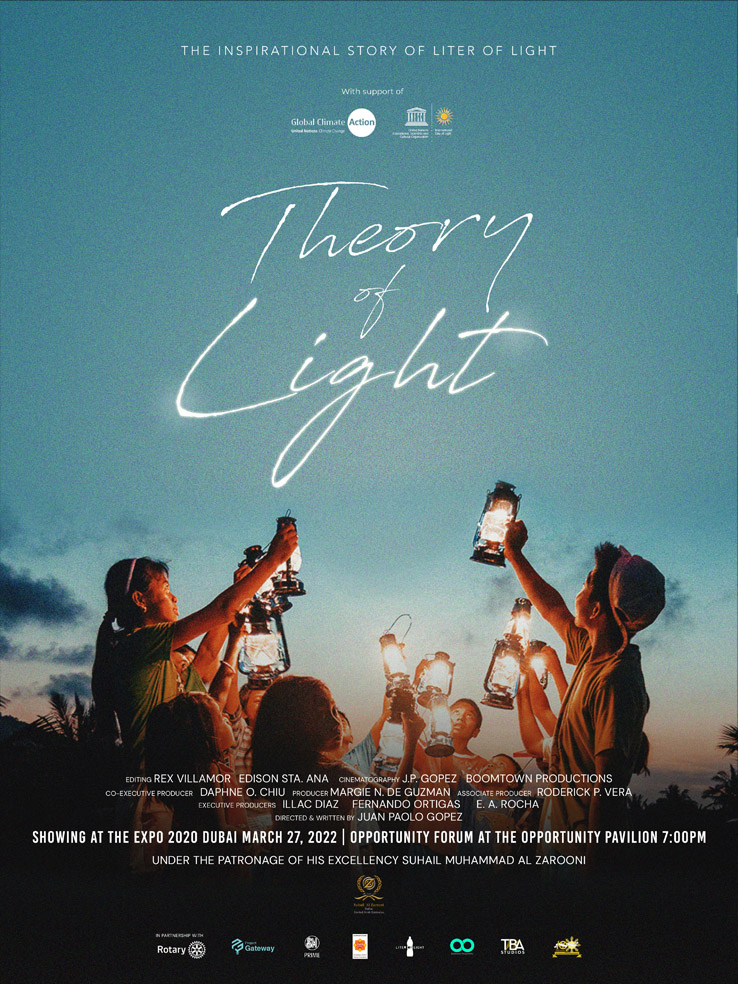 DUBAI, March 27— Liter of Light, a Filipino born global grassroots solar lighting movement, will have a World Premiere for its pioneering environmental film, “Theory of Light”, on March 27 in front of 200 dignitaries and guests at the Opportunity Forum at the EXPO2020 in Dubai.

With the theme of “Connecting Minds, Creating the Future,” EXPO2020 is a once-in-a-lifetime opportunity to share the impact of a Philippine innovation in coming together despite the challenges and building resilient communities with a diverse audience committed to Sustainability.

Part historical chronicle, part environmental lesson, “Theory of Light” shows how Liter of Light is reinvigorating efforts to take action on climate change from the safety of home and inspiring new generations of innovators from the Global South to come up with ideas that will change the World.

The Philippines is one of the most climate vulnerable countries in the world. As part of the typhoon belt, the country expects 20 storms each year, but with the increase in global warming, 25% of these yearly storms are now classified as destructive. Just last December, a new Category 5 storm, Super Typhoon Rai, tore through the Philippines, killing more than 400 people and destroying hundreds of thousands of homes. It is only the latest in a series of super storms that pose an existential threat to the island nation’s heritage and way of life.

“Most media coverage to date focuses on the receiving effects of the climate crisis; as victims and stops there,” says Filipino-Italian Illac Diaz, Founder and Executive Director of Liter of Light. “Filipinos are admired for our resilience, but rarely do stories focus on the rising up, building back and innovative solutions that communities themselves have developed to take dramatic action. In fact, only 1% of all global expenses for filmmaking are spent on the environment and the growing climate crisis. With this documentary, we want to flip the script, and share stories of common humanity and hope that inspires others to make urgent and right decisions for the people and planet.”

The earlier production stage of the film began during the centennial celebration of Philippine Cinema in 2019. It is produced and distributed by TBA Studios, the two-time Philippine representative to the Academy Awards. Known for their critically-acclaimed and groundbreaking films, TBA Studios cemented their status as one of the top production companies in the Philippines with its big-budget epics and major box office hits such as “General Luna” and “Goyo: The Boy General”.

“TBA Studios has always been committed to bringing to life stories that inspire, educate, and entertain. ‘Theory of Light’ is the first Filipino global environmental film with a local narrative about the harsh realities of climate change. We hope that this project will touch people’s lives—the way it did ours—and continue to influence decision-makers around the world to create more sustainable and tangible solutions for all,” shares TBA Studios CEO E. A. Rocha.

“I believe in the power of collaboration and partnerships to elevate global sustainability. For our children’s children, the present generation must come together and adapt to the challenges of climate change. “Theory of Light” shows us that even the simplest folk can do their part and be an excellent example of resilience and disaster preparedness. We find shining beacons of light amid natural disasters,” says Mr. Hans T. Sy, Chairman of the Executive Committee for SM Prime Holdings.

The development of the film was supported by a grant from SM Prime Holdings, Inc. The project is an official partnership with the office of the UN Framework Convention on Climate Change and the Manila Observatory, the key research institution on climate change in the Philippines.